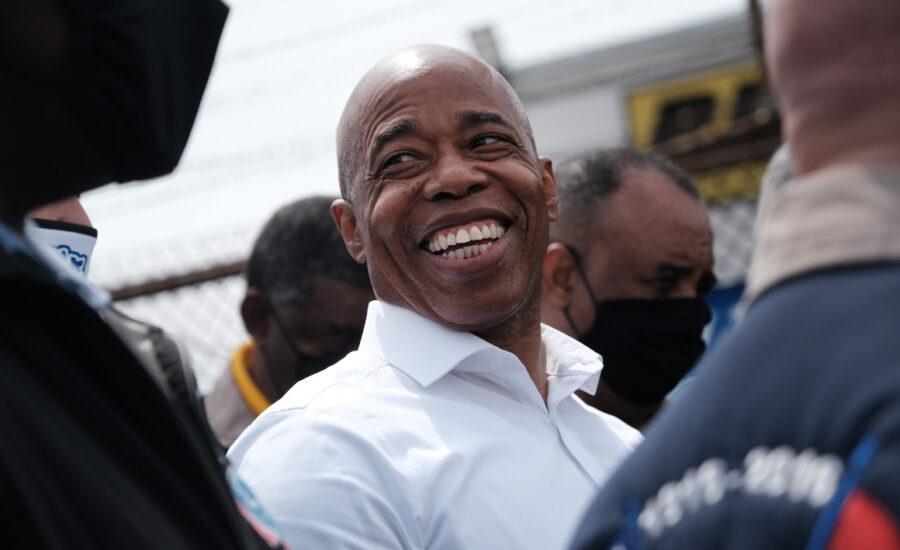 A union representing city hotel workers, whose livelihoods were devastated by Covid-19, is planning a $2 million push on ads and voter outreach for mayoral candidate Eric Adams, comptroller hopeful Corey Johnson and a slate of City Council contenders.

The initiative will be run by longtime union strategist Neal Kwatra through the political action committee Hotel Workers for Stronger Communities, which has $1 million on hand and is expecting to secure another $1 million, Kwatra said.

It comes as outside money from special interests floods the mayor’s race ahead of the June 22 Democratic primary election: A spending effort for candidate Shaun Donovan, bankrolled by his father, already has earmarked $4.3 million for TV ads; another for Ray McGuire has spent $1.7 million on cable buys. And in recent weeks, fundraising pushes for Andrew Yang as well as Adams have gotten underway.

The Hotel Trade Council’s effort begins with money in the bank and a plan for “an aggressive public education campaign focused on the city’s hundreds of thousands of hotel and hospitality workers and working-class New Yorkers more broadly,” Kwatra said.

He said TV and digital ads, mailers and mass text messages will target Latino communities that polls show are up for grabs. Each of the eight top Democrats are aggressively courting Hispanic voters as they vie for the Democratic nomination to succeed outgoing Mayor Bill de Blasio.

Recent polling has shown Adams closing the gap with Yang — a 2020 presidential candidate who burst into the race in mid-January with a scaled-down universal basic income pledge, high name recognition and fundraising prowess that have helped propel him to frontrunner status. For the first time since Yang joined the field, he landed in second-place in a recent survey of 500 likely Democratic voters conducted for a comptroller campaign by polling firm GQR.

A poll Kwatra commissioned and shared with POLITICO showed Adams with a one-point lead over Yang. Meanwhile Dianne Morales — another first-time candidate — vaulted from the back of the pack to third place among the eight contenders.

The survey, conducted by the Honan Strategy Group from April 24 through May 3, interviewed 1,100 likely voters by phone in English and Spanish. It intentionally oversampled Latinos and Asians — two demographic groups that do not vote as a monolithic bloc and, particularly in the case of voters of Hispanic descent, could swing the election, pollster Bradley Honan told POLITICO.

In an initial question about a head-to-head contest, 16 percent reported supporting Adams, compared to 15 percent for Yang and 12 percent for Morales. City Comptroller Scott Stringer, whose campaign was rocked by an accusation of sexual assault that he denies, ranked fourth at 10 percent. No one else broke double digits. Four in 10 respondents said they are undecided.

Following a series of flattering statements about the candidates, Adams, the Brooklyn borough president, saw his support increase to 20 percent, Yang to 17 percent, Morales to 12 percent and Stringer to 11 percent.

Though the two frontrunners are positioning themselves as moderates, 51 percent of respondents said they would support “the most progressive candidate,” compared to 34 percent who reported wanting a centrist.

Once presented with the option of ranking up to five candidates — a system that will debut citywide in this primary — everyone’s support dropped slightly as the percentage of undecided voters grew, but the order of leading contenders did not change.

According to the poll, homelessness is a leading concern for voters — a departure from other recent surveys that have found increased crime to be a most pressing issue. Adams, a former police captain, has focused almost singularly on the rise in gun violence, while Yang has positioned himself as the candidate most closely aligned with the city’s post-pandemic rebound.

The hotel union did not endorse de Blasio in the 2013 mayoral primary, but course-corrected with an independent expenditure on his behalf in the general election that year. In 2017, it won a host of Council races and helped deliver Johnson to victory as speaker of the body.

This election will be the first for Rich Maroko as head of the union. He succeeded retired president Peter Ward last year.