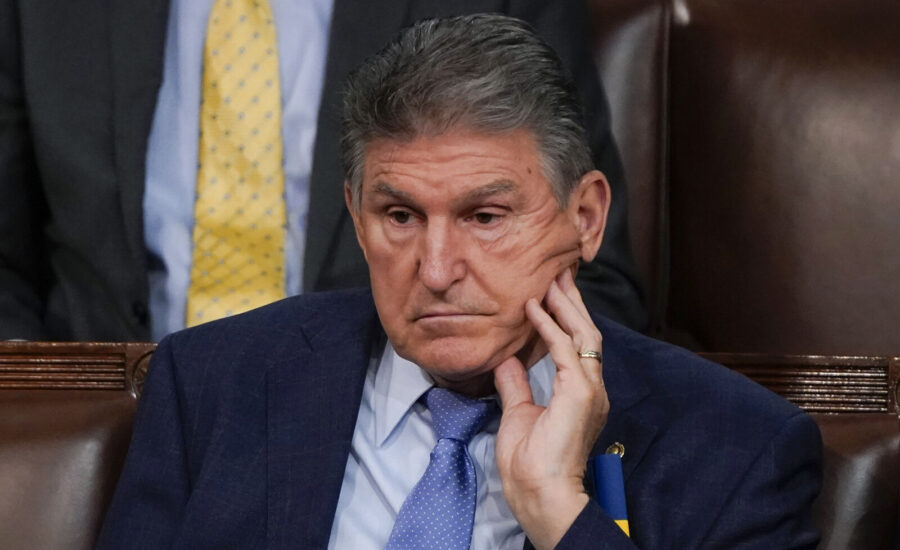 WASHINGTON (TND) — Democratic lawmakers and the White House are feeling pressure to get a deal done on climate legislation as the November midterms inch closer.

Manchin talks with GOP on energy bill as advocates push Democrats to do it alone (Video: The National Desk) A busy legislative schedule, united Republican opposition, high energy and gas prices, and previous objections to sweeping proposals from Sen. Joe Manchin, D-W.Va., are hurdles that will need to be cleared to reach a deal.

Manchin has been in talks with lawmakers on both sides of the aisle to reach a deal on an energy and climate package. He and Sen. Lisa Murkowski, R-Alaska, are leading the effort to find a bipartisan compromise.

“We’re looking at a bipartisan — it’s a major policy in our country which way we go. I don’t want to get rid of the energy that we have today until we’ve proven the energy of tomorrow is able to do the job,” Manchin told reporters Tuesday.

With the gap between Democratic and Republican lawmakers on how to handle energy production, the odds of finding a plan that would clear a Senate filibuster are slim.

Climate advocacy groups are publicly doubting Republicans have any serious interest in finding an agreement.

“Over the last year of infrastructure and spending negotiations Republicans have made it clear that they will not vote for a bill that contains the transformational clean energy investments we need to fight the climate crisis, tackle inflation, and deliver real energy security,” said Holly Burke, a spokesperson for Evergreen Action, a climate group started by former aides of Washington Gov. Jay Inslee. “Bad faith bipartisan negotiations are a stall tactic, since Republicans have already made it clear that they will never agree to climate or tax changes. President Biden and Majority Leader Schumer must move past this bad faith distraction to craft a deal that can pass the Senate with 50 Democratic votes.”

The Sierra Club called on Biden and Democratic leadership to ditch Republican negotiations and pass something through reconciliation.

“Our elected leaders have had enough time to hem and haw on a bold package of climate investments,” Jonathon Berman, a spokesperson for Sierra Club wrote in a statement. “Now, we ask that they show true leadership and swiftly create and pass a budget reconciliation bill that invests in climate action at the scale necessary while ensuring economic equity and environmental justice for all. The time is now. Let’s get it done.”

Manchin, who said he could not support Biden’s signature Build Back Better bill in December due to concerns over its costs and inflation, has tried to pick up bipartisan support for bills instead of sticking to the reconciliation process that would allow Democrats to pass party priorities with zero Republican votes.

Bradley Honan, a Democratic pollster and strategist, said Manchin is playing politics with the bipartisan negotiations.

“Pure and simple, Manchin is playing politics – there is little to no chance that the GOP will support a climate plan that Biden will sign, but for local political reasons, Manchin needs to show he is working hard for a compromise,” he said. “Manchin will get some of what he wants and needs and so, too, will progressives.”

Manchin has suggested he is open to looking at passing a scaled-down version of a social and environment package that would use half its resources to reduce federal deficits through reconciliation.

“It’s critical that Congress pass a reconciliation bill with clean energy investments needed to fight inflation, reduce the deficit, avert climate disaster, and create millions of jobs in a clean energy economy,” Burke said. “Senator Manchin has reiterated his willingness to strike a deal on a reconciliation bill with historic investments in climate and clean energy. Now, it’s up to President Biden and Majority Leader Schumer to come to the table, engage directly with Senator Manchin, and work out a deal. There is no time to wait, and there is a clear path forward to get this done.”

After Monday’s meeting, Manchin told reporters Congress should focus on increasing domestic production of energy in the short-term and provide incentives for cleaner energy further into the future, particularly with tax credits.

“Monday’s meeting was an effort to gauge bipartisan interest in a path forward that addresses our nation’s climate and energy security needs head on,” Sam Runyon, Manchin’s communications director, said in a statement when asked for comment on what Manchin would support and what common ground may be available with Republicans.

Democrats and the White House are feeling pressure to notch some legislative achievements ahead of November. Voters increasingly disapprove of Biden’s job performance and give Democrats low marks on handling inflation and gas prices, both of which remain near record-highs.

“The recent national polling shows Democrats in real trouble,” Honan said. “It’s now or never for Biden to seize the moment and address high gas prices, raging inflation, worsening crime and safety, and above all else, get America back on track post pandemic.”

Russia’s invasion of Ukraine further complicated the party’s hopes for passing climate legislation as the U.S. and its allies enacted sanctions on Russian oil and altered the global supply. Republicans and some Democrats, including Manchin, have called for more domestic production and to reevaluate the leasing process for companies to search and drill for oil.

“You’re going to have to have a leasing program that works, OK, and making sure that leases are fair, and people are not sitting on leases,” Manchin told Bloomberg. “We need to look at all that. We haven’t done that.”

Burke said ramping up fossil fuel production would not be helpful to bring down prices quickly.

“Because new fossil fuel projects take years to come online, ramping up fossil production now would do nothing to bring down prices in the short term and would lock in dangerous carbon pollution for decades to come,” she said. “It’s imperative that Democrats prioritize policies that will actually drive down carbon pollution, in line with President Biden’s commitments.”

Some Democrats have said the war in Ukraine should be a signal America needs to stop relying so heavily on fossil fuels.

“But literally or rhetorically punishing coal, oil, and gas companies will alienate their workforces and will spell doom for Democrats in key areas we need to win come November,” Honan said.