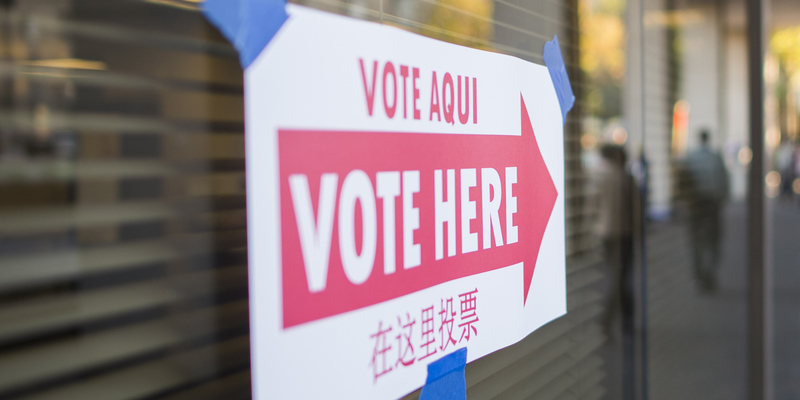 Campaigns and Elections Op Ed: How down ballot campaigns should read the national polls

In a cycle when every campaign seems to have national implications, most practitioners are reading the tea leaves to try to find out what could impact their race. Will outrage over Justice Ginsburg’s death and the Republicans’ rush to replace her help fuel a win for Joe Biden and congressional Democrats? Will the ongoing civil unrest favor Republicans and President Trump? It’s not clear.

One safe bet is that it’ll be a close outcome on Nov. 3 given how divided America is these days. Despite the millions and millions of votes cast in 2016, the presidential election was effectively decided by fewer than 80,000 voters. It’s very likely that a similar number of voters could decide the 2020 outcome, even though the Electoral College and popular vote will likely suggest a much wider margin of victory for our next president. So at a high level, what does the aggregation of polling data tell us is going to matter most between now and Election Day?

About 7 in 10 voters according to the latest AP poll, believe the country is on the wrong track – with concerns about COVID-19 and the economy primarily driving this sentiment. Under 4 in 10 Americans, just 39 percent approve of the job Trump is doing in his handling of the pandemic. Indeed, according to Gallup polling data, Trump’s current approval rating of 42 percent – is very much in line with two other presidents who were voted out of office after a single term – Jimmy Carter and George H.W. Bush.

Therefore, candidates who are arguing for a change from the status quo will find voters much more willing to side with their message and support them with their votes. Expect there were will be a number of incumbent officer holders up and down the ticket who will lose their seats this fall – perhaps including the President of the United States.

Campaigns need to get their voting universes right.

Biden may be leading narrowly in the polls, but despite Trump’s presence on the ballot, Democrats are trailing badly on enthusiasm. Why does that matter?  It matters because less enthusiasm translates into fewer votes.

Take the critical swing state of Arizona which Biden needs to win, and there’s a good chance of a Democratic pickup of a Senate seat. While both Biden and Mark Kelly are ahead in the polls, a recent New York Times poll shows that 65 percent of Republicans say they are “almost certain to vote” compared with 55 percent of Democrats who say the same thing – a notable, and significant gap for Democrats in a presidential election in late September.

That said, 42 percent of Democrats say they are “very likely” to vote versus 34 percent of Republicans, who say the same. Here is the key question: How many of the 42 percent of Democrats who are confused about voting via mail or will become frustrated after standing in line for four hours on Election Day just give up and go home?  How much of an advantage will that give the GOP?

Putting aside the millions and millions of dollars which have been poured into persuasion efforts over the last few years, this year could be one election where GOTV efforts could prove to be decisive.

The battle for the Supreme Court is split.

The latest Harvard/ Harris poll shows a bare majority – 53 percent – believe Trump was right to put forward a nominee for the Supreme Court and the same number say the Senate should consider the nominee right now. The latest Monmouth University poll concludes the same.

Trump is trying to use the nomination to fire up his base and change the trajectory of the race where he’s behind in the national polling and in key battleground states. There’s some evidence that it may not be working, at least in the key state like Pennsylvania, which is shaping up to be the key battleground state this election cycle.

Democrats have a weakness with Latino voters.

The latest Fox News poll shows Trump winning 41 percent of Hispanics – a traditionally very difficult demographic to survey accurately.  A recent NBC news poll showed Trump ahead of Biden among Hispanics in Florida, which is home to the significant GOP leaning Cuban vote.

If these results – or even something close to them plays out on Election Day – Trump will have outdone how any recent Republican Presidential candidates has performed among this demographic, which is only growing more and more important each and every election cycle.

Democrats abandoning or ignoring Latinos as a key part of their winning coalition will ensure defeat this year and beyond. This reality is the basis of Mike Bloomberg’s recently announced $100M advertising blitz across the Sunshine state.

Voter targeting needs to be sharpened.

What we know from history and exit polls is that close to 9-in-10 Democrats will vote for Biden on Election Day or via absentee or VBM, as well as the rest of the Democratic ticket up and down the ballot.

About the same number of Republicans are expected to vote for Donald Trump and the GOP slate of candidates. Independent, unaffiliated voters are much more up for grabs and each side will likely win at least 4 in 10 of these voters.

Democratic campaigns need to understand exactly which Republicans and Independents are persuadable based on demographics, their views on key issues like Trump and race relations, as well as precinct and ward level data about how their neighborhood has voted in the past, and whether there’s indeed historical evidence from the 2018 and 2019 elections that suggests a voter may support Democrats again. Any voter who doesn’t fit that profile should be removed from the voter targeting universe – lest they be accidentally woken up and energized.

An analysis by the GOP polling firm WPAi suggests that white, working-class voters can represent nearly half the national electorate. Biden’s softening lead in some of the recent polling in the industrial Midwest swing states like Pennsylvania and Michigan suggests that Trump may be turning around his level of support with this group, which had weakened over the summer.

Put very simply, the Democratic coalition cannot be elected without making a robust and concerted effort to reach out and win these voters. Hillary Clinton largely ignored this audience in 2016, and Biden doesn’t appear to be paying too much more attention these days. Expect Biden to make more appeals as we approach Election Day to help fight for Democratic control of the Senate.

The presidential race and other races across the country are extremely tight in 2020. The winner’s playbook will cite that campaigns which played this election like a game of inches in the last 35 days did indeed come out on top.