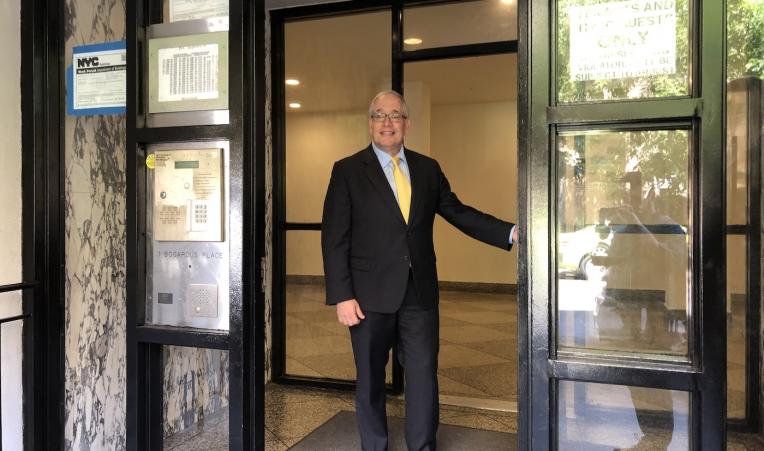 Asked who will win the Democratic mayoral primary in June, 30% of poll respondents said Stringer. Brooklyn Borough President Eric Adams came in second at 17%. The other eight major candidates were in the single digits. Former nonprofit executive Dianne Morales and former de Blasio counsel Maya Wiley both had 8%. Former city Department of Veterans’ Services Commissioner Loree Sutton got 6% and former Citigroup Vice Chair Raymond McGuire got 5%. The other contenders got 3% of the vote or less. A surprising 19% thought none of the candidates listed would win the primary, and voted for “another candidate” not listed.

That’s according to an online survey of 669 New York political and policy insiders from City & State and Honan Strategy Group. The online poll of City & State’s readers isn’t scientific, and shouldn’t be taken as an attempt to predict the results of the June primary. But it could give some insight into what insiders are thinking about the race, at a moment before the vast majority of the city’s voters have started paying attention.

The poll ran from Nov. 4 to Nov. 9, and the link to participate was shared in City & State’s email newsletters that reach an audience of people who closely follow city politics. The poll was also shared on Twitter, and at least one candidate tried to direct their own supporters to respond. “We do hope you will choose Brigadier General Loree Sutton, MD,” Sutton’s campaign wrote in an email to her supporters, attaching the link.

Those who filled out the poll didn’t just think Stringer would win. He was also the most popular candidate when respondents were asked who would be the best mayor for New York City – though his lead there was much less commanding – since 16% thought Stringer would be the best option, followed by 12% for Adams. Morales and McGuire both got 10% of the vote on that question and 13% thought the best candidate would be somebody who isn’t currently in the race.

The Democratic Socialists of America and the candidates supported by the group’s New York City chapter have done a lot in recent years to upend the city’s political order. But City & State readers aren’t convinced that the DSA will play a big role in the mayoral race. Of the respondents, 10% thought the DSA would have “a great deal” of impact on the race and 14% thought it would have none at all. Most respondents were somewhere in the middle: 31% said the DSA would have “some” impact and 35% thought it would have “only a little” impact.

The poll also asked respondents to look back at the current mayor of New York City – and Bill de Blasio should be worried about his legacy. City & State readers might be the ones who write books about the mayor, or shape talking points for City Council candidates. And 83% of respondents thought de Blasio would be remembered as either below average or one of the worst mayors in history. Just 2% thought he would be remembered as better than most, and 0% thought de Blasio would be considered one of the best mayors ever.

See more results and read the full memo below: