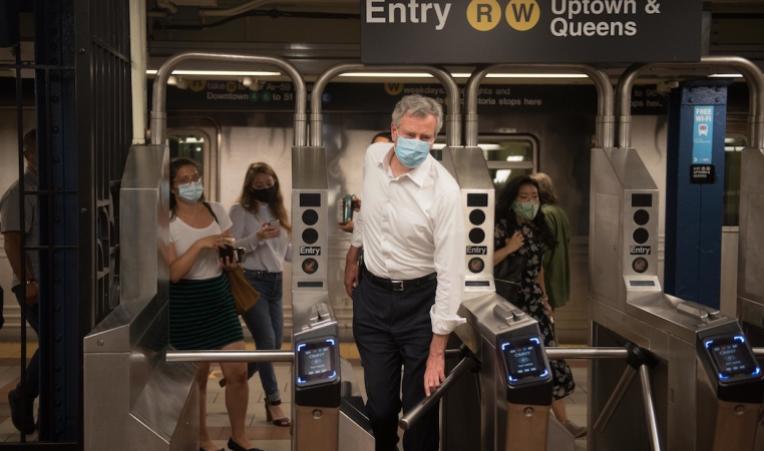 Will New York regain its footing in the wake of the coronavirus pandemic and the unrest over police activity? Political insiders are optimistic that the state will rebound yet again following its latest crises, according to an online survey of City & State First Read readers and subscribers.

More than three quarters of respondents said that New York City and New York state are very or somewhat resilient, according to a new survey conducted by Honan Strategy Group. The public opinion survey ran for a week starting on June 10, with a total of 426 First Read readers responding.

In the wake of widespread outcry spurred by the death of George Floyd in the custody of the Minneapolis police, a strong majority of respondents expressed support for those taking to the streets, with 84% saying protests against police brutality and institutional racism are fully justified. Respondents expressed disagreement over whether looting – and not just the many peaceful protests – is understandable given the deep racial divisions in the country.

But while elected officials at the city and state level have rushed to pass significant policy and fiscal changes, most respondents said that the COVID-19 crisis would actually have a more significant impact on how New York is governed than the unrest over policing.

The coronavirus pandemic and the ensuing lockdown has buffeted New York’s businesses. Respondents overwhelmingly said that the city’s economy is in a downturn, a conclusion consistent with the recent determination that the country as a whole has entered a recession. About 7 in 10 also expect that it will take at least a year for the local economy to recover.

There were more mixed views about the staying power of New York City’s status as a cultural center, however, with a significant minority saying that the city is likely to become less of a destination in coming years. Nearly two-thirds predicted that Broadway theaters would not reopen until next year – which was confirmed by this week’s announcement that Broadway shows would not return until 2021. Around half of respondents also expected a significant number of New Yorkers to leave the city.