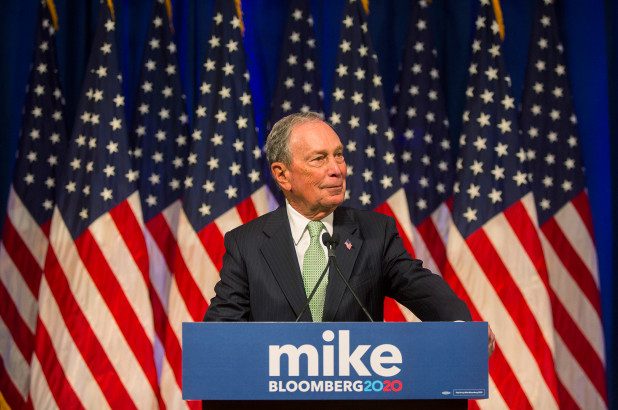 He may be the 14th richest person on Earth, but one thing Michael Bloomberg can’t buy is a spot in the 2020 Democratic debates.

Current Democratic National Committee rules require candidates to have at least 200,000 individual donors to their campaigns. The former New York City mayor — who is self-financing and has famously shunned campaign donations throughout his career — is expected to come in 199,999 short for the Dec. 19 event at Loyola Marymount University in Los Angeles.

Not that is seems to faze Bloomberg.

Despite the seemingly major campaign hurdle, the billionaire himself has projected an apathetic approach to the issue, telling reporters Monday he was happy to debate if the rules changed — but he was also just as happy to skip.

“We will abide by the DNC rules. If we are eligible, we will certainly debate,” longtime Bloomberg aide Howard Wolfson told The Post — declining to say whether the campaign would like to see those rules changed.

There are a number of reasons why Bloomberg may not be champing at the bit to face his competitors, experts say.

Bloomberg’s Midas-like wealth could make him a lightening rod for populist Democratic candidates on stage who would do their best to land blows against him.

“He would be targeted by the left and Warren and Sanders and maybe a couple of the lesser candidates,” George Arzt, a veteran New York Democratic political consultant, told The Post.

Bloomberg has already spent at least $31 million in ads now running in 25 markets across the country, according to the tracking firm Advertising Analytics. That’s on top of a $100 million digital ad buy his campaign revealed last month.

“I think he’s got enough resources where he would get his message out, it won’t just be on a platform with the other candidates, but it would be on all the media platforms,” Arzt said. “I don’t think to Mike it matters much whether he’s in the debate or not, and in a multi-candidate debate, it is very tough to get your narrative out there.”

Bradley Honan, who runs a Democratic polling and data analytics firm, said the debates were becoming noisy, crowded affairs, and his research showed a lot of voters tuned out from the November event altogether.

“We found that the number of social media comments was down a million and a half from October, and Nielsen put data together suggesting that viewership was down by 2 million,” Honan told The Post. The debates “are not connecting and engaging Democratic voters the way they ought to be.”

Still, it’s far from certain the DNC won’t make a change in Bloomberg’s favor. The current rules are only set for the end of the year, and insiders say party leadership has not decided what the plan will be for the new year.

“We haven’t figured that out,” DNC chairman Tom Perez told The Washington Post. “One thing we will consider is what should the rules of engagement be after people have started voting. Because right now, zero votes have been cast. And so the voters haven’t spoken. What should the rules be once the voters have spoken and we have some actual data from states, that’s the question that we are considering.”