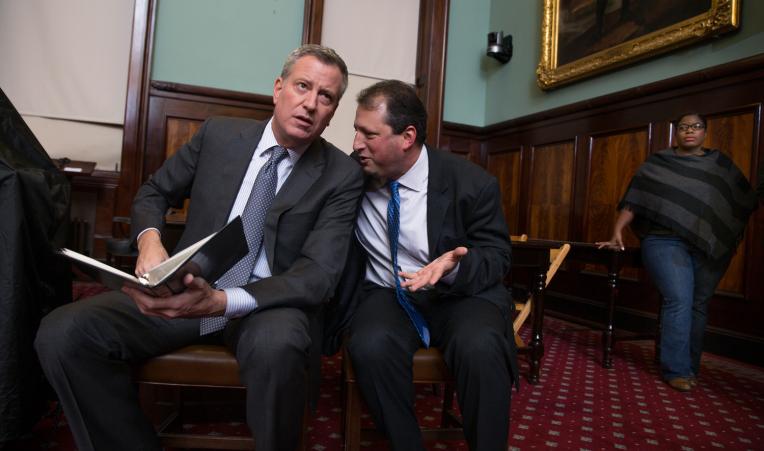 The New York City government is in a bad financial situation, thanks to the coronavirus pandemic, and it’s going to take two to five years for the city’s finances to recover, according to the latest City & State/Honan Strategy Group survey of political insiders.

And when will the finances look normal again? We might have to wait for another presidential election. Most respondents, 58%, predicted it would take two to five years for the city’s economy and finances to recover from the effects of the pandemic: 18% thought it would take five years or more and 14% said it would take less than two years, but more than one year. Just 3% thought the economy would recover in between six months to a year from now, and 0% thought things would be back to normal in under six months.

City & State and the Honan Strategy Group surveyed 559 New York political and policy insiders who subscribe to City & State’s First Read daily email newsletter, between Nov. 11 to Nov. 15. It’s not a scientific poll, and we wouldn’t recommend you buy any municipal bonds based on the response, but it should give some insight into the city’s recovery based on the thoughts of hundreds of readers who follow it closely.

With a focus on the city’s finances, the poll also asked the insiders who they thought would be the next New York City comptroller, after Scott Stringer is term-limited out at the end of 2021. City Council Member Brad Lander led the field, with 29% of respondents thinking he’d win the June Democratic primary, but state Sen. Brian Benjamin wasn’t far behind, with 26% of the votes. Eleven percent thought Assembly Member David Weprin would win, and just 5% are betting on state Sen. Kevin Parker. But even among the highly engaged audience, 29% of respondents wouldn’t hazard a guess and said they didn’t know.

The poll isn’t meant to predict the results of the primary, just give a general sense of who insiders currently think might win. But candidates are eager to look good, and at least one candidate, Weprin, sent an email to supporters asking them to consider selecting him “as the next likely Chief Financial Officer of New York City.”

Compare the 29% of respondents who said they “don’t know” about the comptroller race to the mayoral-race poll City & State and Honan Strategy Group conducted the week before, in which just 2% of respondents said they didn’t know who would win the primary. But mayor is always a more high-profile job than comptroller, and this week’s survey results show that – 76% said that the hardest job in city government in the next term will be mayor, since the buck always stops with them, while just 19% said it would be comptroller, since the city’s finances are in a such a rough state.

One citywide elected official might not have to worry much about his job: 54% of respondents said New York City Public Advocate Jumaane Williams was doing either an “excellent” or “good” job. And 59% don’t expect Williams, who is eligible to run for another two terms, to face a competitive primary challenge in 2021.

See more results and read the full memo below. And don’t forget to take this week’s survey, on the city’s biggest issues, here.