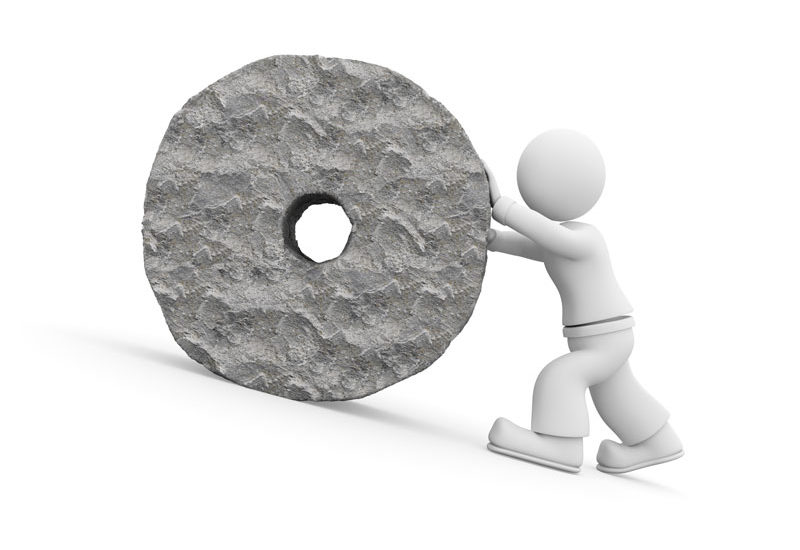 In ancient Greek mythology Sisyphus was punished and forced for eternity to roll an enormous boulder up a hill only for it to come roll back down the hill as he neared the peak.

In many ways, Democrats face their own Sisyphean challenge as they look to make electoral headway in the age of Trump.  To be successful this year and beyond, Democrats will need to climb over some significant institutional barriers.

But do these really matter if there is a so called ‘Blue Wave’ coming?  The short answer is yes, especially since whatever wave is coming appears to be modest in size.

Unfortunately, the reality for Democrats is that the playing field is decidedly tilted to the GOP.  And that’s before we even get to the politics.

To win back the US House, Democrats will need to overcome 3 significant structural barriers.  Let’s start with a big one – gerrymandering.  A subsequent post will outline the other two obstacles – the assault on voting rights and the systematic purging of eligible voters from the voter lists.

Following the 2008 Presidential election, the Republicans fearing political wilderness due to the demographic changes taking place in the country and electorate, put in place the most aggressive, politically manipulative gerrymandering plan the country had ever seen.  Code named REDMAP, the plan sought to take back statehouses in key swing states like North Carolina, Ohio, and Pennsylvania in order to control the 2010 redistricting process and limit the number of US House seats Democrats could reasonably expect to win.

A terrific (but horrifying!) read of David Daley’s Ratf**ked: Why Your Vote Doesn’t Count outlines how the GOP poured massive amounts of money into small, down ballot races, the likes of which had never been seen before.  In doing so, the GOP capitalized on the traditional mid-term backlash against the sitting President, in this case, President Obama.

Once they won control of many of the state houses they targeted, the Republicans went to work packing Democratic voters into overwhelmingly Democratic seats.  The result was the creation of Republican seats that could withstand almost anything short of a Democratic tsunami and a so called “wave election”.  And this work created congressional maps that even looked like a series of cartoon characters which were widely mocked by the media. 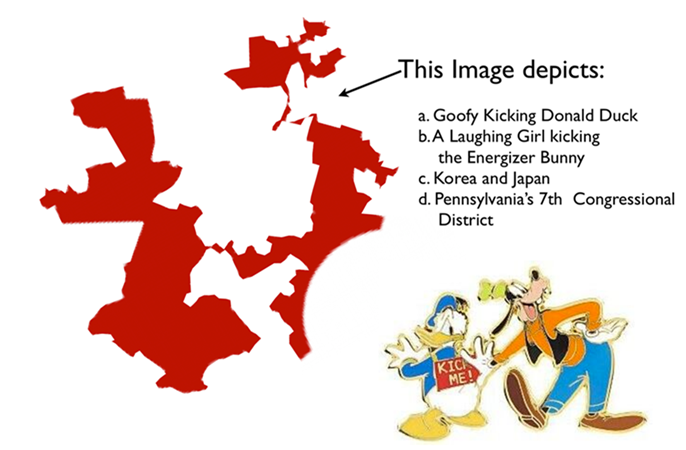 The political impact of REDMAP was to effectively shut Democrats out of power in Congress – no matter the outcome of the vote.  And it worked damn well.  As an example, in 2012, even as Democrats won 51% of the Congressional vote in Pennsylvania, they only won 28% of the Congressional seats! And by the way, Obama also beat Romney that same year by over 300,000 votes in Pennsylvania.  Some prize the Democrats got for winning the state!

Recently, the state courts have started to throw out gerrymandered seats and draw the lines fairly, meaning that in places like Pennsylvania, Democrats stand to gain at least 2 Congressional seats right off the bat and perhaps more, just by having fairly drawn district lines.

But in too many other states, the GOP gerrymanding plan has not been overturned or effectively challenged and Democrats trying to push the boulder up the hill in 2018 are largely running in heavily fortified Republican gerrymandered seats, where Republican registration significantly outnumbers Democratic registration.

As Daley points out in his book, America is the only democracy to allow politicians to choose their voters – rather than the other way around!  Democrats you are forewarned, we are going to need a HUGE wave to overcome this.  We will review 2 other important structural barriers in the next post.