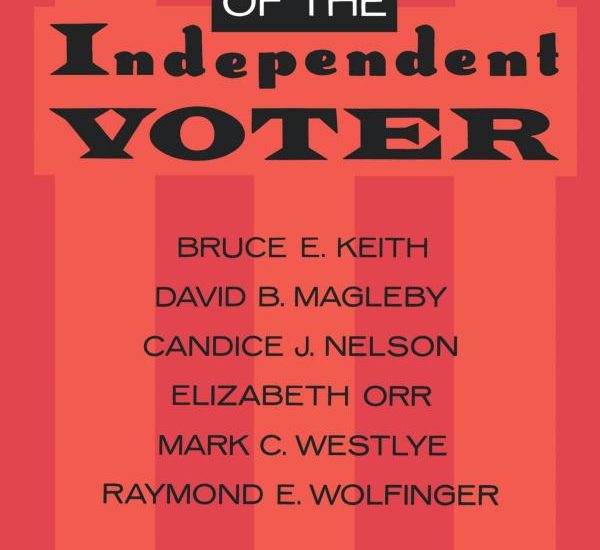 The Myth of the Independent Voter:  Alive and Well Today

The Myth of the Independent Voter:  Alive and Well Today

Every week that goes by brings us closer to the fascinating and indeed consequential November election.  As a Democratic pollster who is frequently asked to handicap our party’s chances, I can fairly acknowledge that, on the one hand there is a good case for Trump and the GOP: namely, the strong state of the economy, key US Senate races on friendly turf, an extensive gerrymandering advantage in key battleground states, disarray among Democrats, and ambiguity about what is the right Democratic message.  At the same time, there is also, of course, a strong case for Democrats: incredible levels of political engagement, the turnout surge and recent Democratic performance in primaries and special elections, utter disgust with Trump and his corrupt Administration, the #MeToo movement, and the large number of female candidates running (and winning primaries).

This period in American history is one in which close elections are the norm – nearly every vote does indeed matter.  The implication of all of this, which every political consultant knows well, is that Independent and unaffiliated voters matter a great deal and they disproportionately impact close elections.

Yet, ironically this crucial segment of voters who determine the outcome of important elections again and again across our country are arguably one of the most frequently misunderstood and mischaracterized segments of the voting population in all of American politics.

Indeed a far too often overlooked and ignored book written 16 years ago by Bruce E. Keith and 5 other authors – The Myth of the Independent Voter, concludes that it is a huge mistake to characterize Independent voters as the largest segment of voters nationally, to assume that they are totally up for grabs every cycle by either party, and to conclude that they have no meaningful party loyalties.

Instead, the reality is that there are far fewer Independent voters than most political commentators and strategists realize and furthermore, most Independent voters are really not all that independent!  Today’s conventional wisdom seems to be as mistaken about the makeup of Independent voters as it was when Myths was published in 1992.  And in close elections, these critical misunderstandings cost votes and elections.

Therefore, a couple of important points are worth highlighting in an attempt to reset the proper narrative and analysis around Independent voters – a crucial voting bloc in today’s closely divided electorate.

Not all Independents voters are the same.  Commentators speak of “independents” as some sort of monolithic, homogenous group – they are neither.  Independent voters come from all races, religions, genders, ages, states, political backgrounds and ideologies – and yes, even political parties!  Some Independents are fiscally conservative and others are fiscally liberal.  Some are Libertarians, some are socialists, and some have no idea what either of these ideologies are.  The key point here: one size does not fit all when it comes to political Independents.

The fact is that most Independent voters lean towards one of the two major political parties.  It’s simply not true that Independent voters are “up for grabs” every year as some would suggest – many have quite (surprisingly) strong partisan leanings.  So the idea – and mistake – that many have made about charting the seeming growth of Independent voters – is just not accurate.  While I have a great deal of respect for Gallup and the work they do, the chart below is both an oversimplification – and also just plain wrong!  And, needless to say, this chart from a campaign perspective is strategically inactionable.

The supporting data below suggests that the majority party identification favors Independents considerably – and that this growing trend comes at the expense of the two major parties.  A more careful and in-depth conclusion simply doesn’t reflect that reality.

In fact, even Gallup begrudgingly acknowledges that when “leaners” are taken into account the Democratic and Republican affiliation nationally changes from 29% and 27%, respectively, all the way up to 47% and 42%, rendering the initial data virtually meaningless and worthless.  And it suggests that far from being almost half of the American electorate, really only about 1 in 10 voters are actually political Independents and thus truly up for grabs come Election Day.

Therefore, careful voter targeting must be the imperative for Democratic campaigns trying to win tough races.  Persuasion is hard for either party – but, as an example, persuasion is hardest for Democrats among Independents who lean towards the GOP.  The reality is that low information voters – many of whom are Independents – closely track the voting behavior of their partisan neighbors.

For example, a precinct that heavily favors the GOP means the Independents who live there lean to the GOP – Democrats must leave those voters asleep – don’t phone ‘em, mail ‘em, digitally target ‘em, and certainly don’t knock on their doors.  Democrats must be very careful not to wake up these kinds of sleepy GOP leaning Independents.  Instead, target persuadables you will be successful with – namely those who live in Democratic precincts and neighborhoods or those in mixed precincts and districts who you have carefully identified.