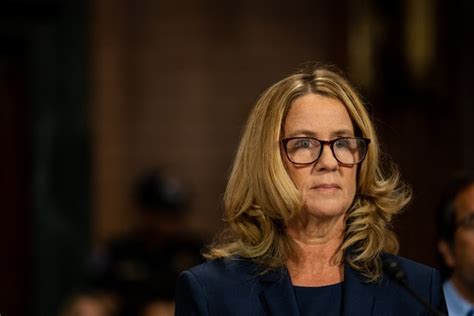 The single most important edge that Democrats have enjoyed since Donald Trump became President was a significant enthusiasm advantage.  Over the last 18 months we have seen this play out in many ways:

The conventional wisdom after the Congressional hearings featuring Christine Blasey Ford and Brett Kavanaugh was that the GOP was only going to further drive up Democratic enthusiasm at the expense of GOP candidates – and likely cost the GOP retaining control of the House and perhaps even the Senate.

There is now polling data in from Marist College making clear that this isn’t the case – in fact it’s the opposite.  The Democratic enthusiasm gap has now been all but wiped out.

The Marist polling data makes clear that the GOP base has become animated by the Kavanaugh hearings and the Democratic enthusiasm gap has all but disappeared.  The Democratic enthusiasm advantage of 10 points in July – significant in a relatively low turnout off year election – is now down to just 2 points.  This is big news for Republicans and an unwelcome sign for Democrats.  Democrats need to mount a strong GOTV effort leading up to Election Day and ensure as many Democrats vote as possible – in all 50 states.

The Gender Gap: 30 points (and counting)

The idea of the so called “Gender Gap” emerged during the 1980 President campaign between Jimmy Carter and Ronald Reagan.  What polling picked up that election cycle was that significantly more women voters supported the Democratic ticket than men and so this term came about.  That gender difference on Election Day in November 1980 was a never seen before 9 point advantage for Democrats.

Today the divisions created by Donald Trump, and further enhanced by the Brett Kavanaugh hearings, have caused this gender gap in the Congressional Ballot – whether voters will support a generic Democrat or Republican – to grow to a whopping 15 point gender divide by party.

Today, the difference between the Democratic margin with men (-10) and women (20) stands at a staggering 30 points.  The gap is even larger with suburban women, which is why Democrats are likely to win control of the US House this November.

The surge in enthusiasm for the GOP with their base is obviously good for Republican candidates.  And well beyond historical norms for Democratic performance with women is of course good for them.  So what is shaping up?  Even more intense divisions in the country which are cutting both ways politically and a large number of very close competitive contests with voters going to the voting booth in less than a month.

I don’t even know the way I finished up right here, but I believed this put up used to be good.

I don’t know who you are however definitely you’re going to a well-known blogger
if you aren’t already. Cheers!